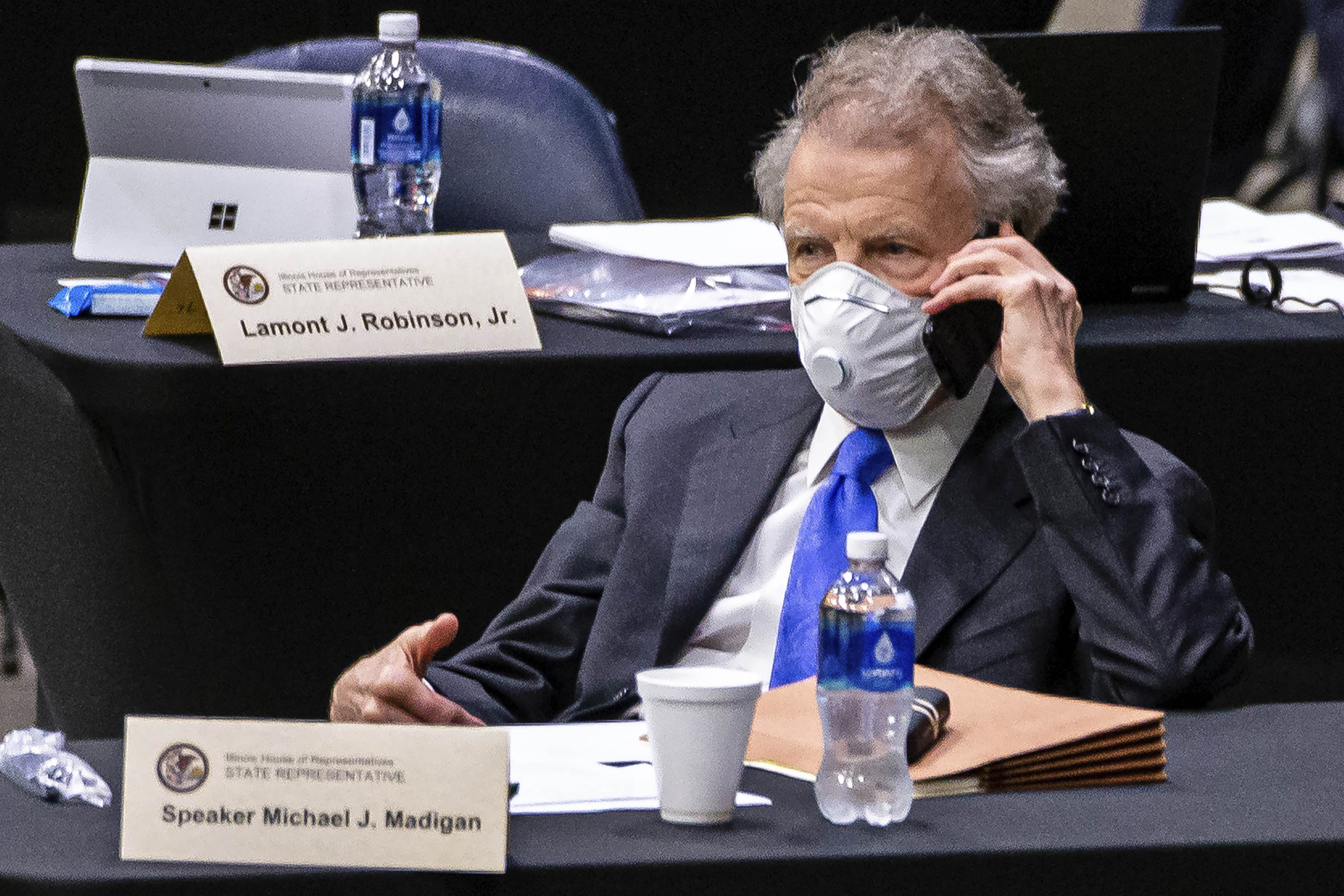 Federal prosecutors said electric utility ComEd has agreed to pay $200 million to resolve a federal criminal investigation into a long-running bribery scheme that implicates Madigan. They say the company has admitted that from 2011 to 2019 it arranged for jobs and vendor subcontracts “for various associates of a high-level elected official for the state of Illinois.”

The U.S. Attorney’s Office identified the high-level elected official as “Public Official A” in a news release. A deferred prosecution agreement for ComEd filed in federal court states that “Public Official A” is the Illinois House speaker, but Madigan — a Chicago Democrat who is the longest-serving state House speaker in modern American history — is not mentioned by name.

“The speaker has a lot that he needs to answer for, to authorities, to investigators, and most importantly, to the people of Illinois,” Pritzker said during a stop in suburban Chicago. “If these allegations of wrongdoing by the speaker are true, there is no question that he will have betrayed the public trust and he must resign.”

U.S. Attorney John Lausch said at a news conference that the agreement with ComEd “speaks for itself.”

“It also speaks volumes about the nature of the very stubborn public corruption problem we have here in Illinois,” he said.

Lausch wouldn’t comment on the identity of Public Official A, saying his office doesn’t identify people if they have not been charged. But he said the investigation is “vibrant” and will continue, and he asked…

CNBC coronavirus stocks index shows why the market is rebounding

2020 NFL Draft: Why the Jaguars should be bold and trade up for Tua Tagovailoa