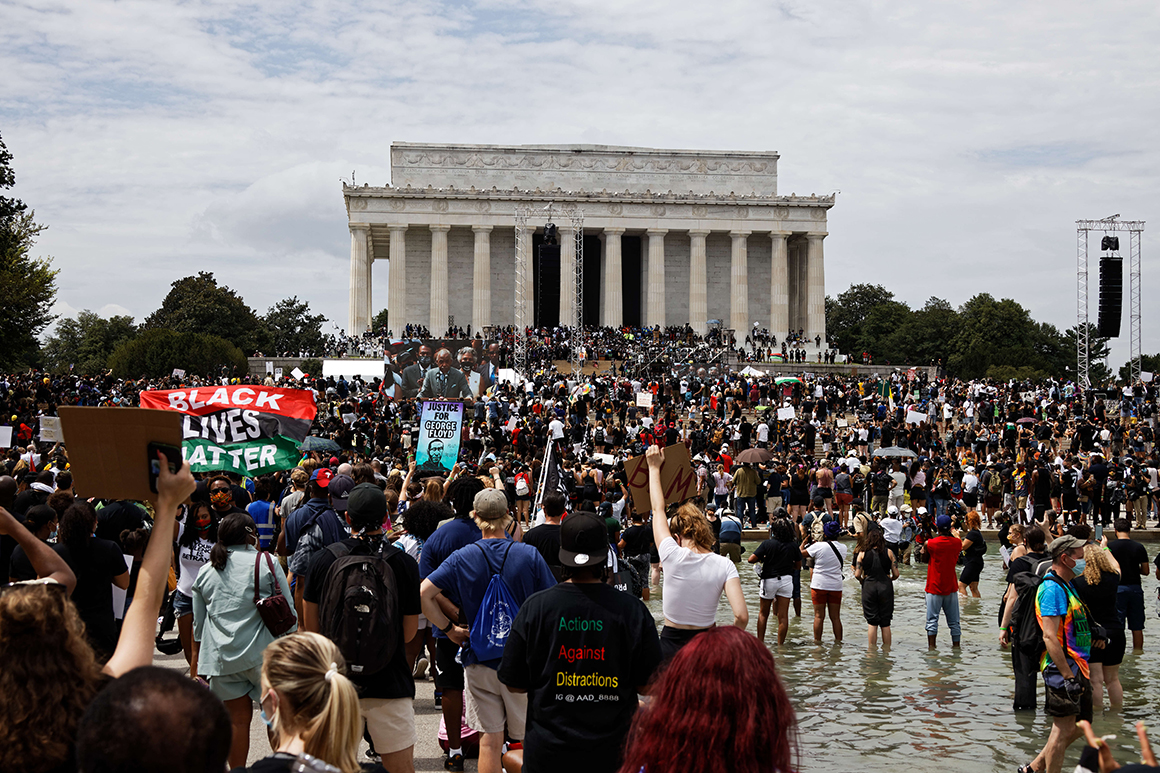 “To a certain extent, you’ve always got that energy,” explained Cliff Albright, co-founder of Black Voters Matter. Albright argued that the march’s timing didn’t match the needs of the moment, saying that hosting a national gathering like Sharpton’s could alienate younger grassroots activists who’ve spent months organizing protests and other direct action.

“A lot of times what winds up happening is that there’s just kind of simmering tensions and these feelings of a lack of respect and feelings that your methods aren’t really being supported,” Albright said.

Friday’s speakers called for the passage of the George Floyd Justice in Policing Act and John Lewis Voting Rights Act before the 2020 election. Both bills have passed the House but remain in limbo in the Senate.

Sharpton and others affiliated with the march maintained that galvanizing the thousands of attendees to push for immediate action on the legislation is a major feat. It is also why the gathering’s full title is the “Get Your Knee Off Our Necks Commitment March,” to underline the grassroots’ role in pushing through sweeping legislative changes.

Speakers harkened back to the Civil Rights Act of 1965, which was made possible, in part, by the original March on Washington in 1963. Rep. John Lewis, who died in July, was the last living speaker at that march, which was organized by A. Philip Randolph and Bayard Rustin and featured Martin Luther King Jr.’s “I Have a Dream” speech. Sharpton, who was molded in the same activist…

Yes, We Just Saw the Future of Conventions

Yes, We Just Saw the Future of Conventions

Institutional Ownership Bullish On These US Stocks: $LUMO $MNLO $ELTK

Lindsay Friday Night Market shut down before it can open | News

This Is How Warren Buffett Says to Invest | Smart Change: Personal Finance