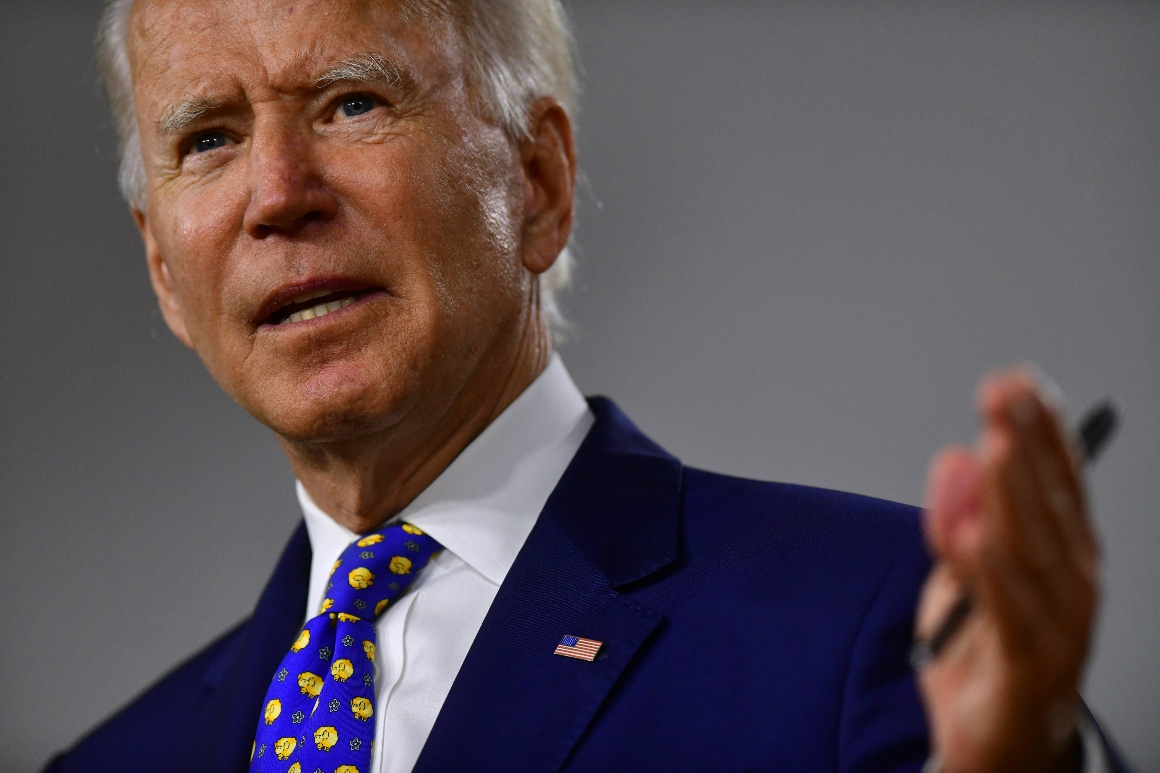 Biden would not confirm whether he would meet in person with the finalists for the job.

“I’m going to try to figure out how to trick you all so I can meet with them in person. You’ve got crews outside my house,” Biden said jokingly.

Speculation has intensified throughout the summer as multiple candidates are being considered for the position. If elected, the 77-year-old Biden is unlikely to seek a second term, and many see his running mate as the standard bearer for the future of the Democratic Party.

Biden spoke with one possible running mate, Rep. Karen Bass (D-Calif.), on Monday while at the U.S. Capitol to pay his respects to the late Rep. John Lewis. Bass, along with former national security adviser Susan Rice, have catapulted into contention in recent weeks as Biden allies raise questions over the viability of Sen. Kamala Harris (D-Calif.).

The former vice president wants to choose a loyal, trusted, experienced and apolitical running mate he can bond with. But recent POLITICO reporting revealed there is no consensus pick.

Speaking at a local community center on Tuesday afternoon, Biden delivered a speech on the fourth plank of his economic recovery plan focused on fighting racial inequality.

He proposed spending $30 billion to help small-business owners of color as well as boosting the federal goal of allocating procurement dollars on small “disadvantaged” businesses to 15 percent from 5 percent. The $150 billion expenditure represents 10 percent of his previously announced $300 billion buy-in-America…

Bullish Stocks That Have Surged Higher In The Past Quarter: $HBB $USAU $LCA

Stocks Are in Chaos. Control the One Thing You Can.

UK inflation falls to 0.8% as spending is slashed